Today, the distinctive silver coaches of Maynes can be seen hard at work, both in the United Kingdom and abroad, many miles beyond their home base at Buckie. The company beginnings however were considerably more localised and at a somewhat slower pace.

The coach operating business was established by James Mayne in 1947 following two years operating a local taxi, car and limousine hire business. For prestige occasions the fleet included a Rolls Royce. Having assessed there was sufficient local demand to justify expanding into the coach business the first coach was purchased in 1947. This was a 29 seat Duple bodied Bedford OB, purchased from Nobles Tours of Aberdeen. Initially the business operated from premises at 6 West Cathcart Street (now used by the Millbank Garage as stores) but following the purchase of the former Miller’s bus garage, was transferred to the neighbouring Cluny Lane premises and yard. At the time of purchase the garage and yard was used by Alexanders who continued to rent and share the premises until around the mid fifties when Alexanders new purpose built facilities were opened at 26 East Cathcart Street.

The decision to expand proved to be so successful that a second coach was quickly acquired. The backbone of the coach business was dominated by private hires. Typically this included work from the local fishing communities along the Moray coast, football supporters to Buckle Thistle’s away matches, local church groups and local school and Sunday school outings. Although the car hire, taxis and car repairs were to continue, they were not to be subject of further expansion.

During the fifties and sixties the coach fleet was slowly but steadily expanded to four or five vehicles following the award of school contracts from Banff County Council’s education department. Smaller capacity mini-coaches were also introduced to cater for an increasing private hire market. Apart from a couple of minibuses all other vehicles were purchased second-hand. Usually three to four year old vehicles were acquired and would be kept on average for around three years. Apart from the occasional Leyland the fleet comprised of Bedfords and Fords.

Despite concentrating on private hire and contract work a number of road service licences were granted during the late fifties and early sixties. These were mainly express type services for fisherman travelling from Buckle to Ullapool, Lochinver and Gairloch, where the local fishing fleet would be based for the season. Unusually, a road service licence was granted in 1963 which allowed tours and excursions to be operated from Lochinver. This licence was however relinquished in 1966.

With the death of the original founder in 1966 the business was managed by his son "Donnie", who continued to expand the fleet in line with an increasing workload. Following the opening of a new lamp manufacturing factory on the outskirts of Buckie a number of new local services were introduced in 1967. These "workers express services" operated from Buckpool and Portessie to the AEI bulb factory at Marchmont Road, and continued to operate until the factory closed in 1987. Prior to the closure of the factory a new warehouse was built on a site next to the original factory, with both premises linked by a narrow connecting passage. The significance of the new building for Maynes would not become apparent until 1993!

1972 was a milestone and turning point for the company when the first new full size coach was purchased. Delivered in the spring of 1972 MSE 10K was a 45 seat Plaxton bodied Bedford, which was acquired for the first foreign private hire which took pupils from Buckle High School to Belgium. Although second hand vehicles continued to be purchased it became policy to purchase at least one new coach every year. Bodywork by Scarborough based Plaxton or Blackpool based Duple was the order of the day for both new and used coaches although second-hand Caetano and VanHool bodied Bedfords were acquired in 1976 and 1985.

Whilst the market for contract and hire work was always well contested, the provision of quality vehicles and service saw an increased demand for long distance national and international private hires, with a client base outwith the traditional local area being established.

1982 however saw the current proprietor, Gordon Mayne, thrown in at the deep end following the sudden death of his father. He continued with the policy of regularly buying new vehicles to match customer demands and over the next few years expanded the fleet even further. New coaches continued to be Bedfords, the majority of which were fitted with Plaxton coachwork. New smaller sized vehicles were also to a higher specification, fitted with luxury coach seats rather than the standard minibus type seats.

Traditionally a number of second-hand coaches were acquired during the spring to cover the extra summer workload of tours and picnics. Whilst most of these acquisitions would receive the standard blue and white livery some would operate in their previous owner's colour schemes before being resold at the end of the season.

To enhance the professional approach of the company in the 1990s all drivers were trained to the Bus and Coach NVQ standard. Maynes coaches were a pioneer of this scheme in Scotland and continued to train staff within the scheme till its demise. All drivers were kept up to date and issued with new style uniforms. The company also encouraged driver pride with all drivers, were wherever possible, allocated their own coach. During 1995 the company was also awarded the ISO9002 status in recognition of the standards of quality management and in meeting customer requirements

The type of work operated by the company in the 1990s ranged from regular school and works contracts to complete European tour packages, which were tailored to include hotel accommodation and ferry travel for the specific requirements of the customer.

Although remaining a privatley owned family run business the company had over the last fifty years, been transformed from a one vehicle business to a modern fleet of 25 coaches, this in turn had generated employment in the mid 1990s for over 30 members of staff. Given the increased dependence of the motor car and the general decline in bus usage the achievement is all the more remarkable,

Maynes coaches had set a standard which was envied by many within the coach industry, these standards reflects the hard work and dedication of all involved in the company since it began nearly fifty years ago. During 1997 Maynes Coaches held an open day to the public. The company invited vintage coaches from the north of Scotland to join the 1947 Bedford ob at the Buckie depot.

Around 500 people from Moray and beyond came to inspect the premises, vehicles on display and to meet the staff and family members from Maynes Coaches. 1998 brought to the fleet one coach to the company that will be remembered by locals and passengers from all over the world. She was given the name flipper by local schools that entered a painting and naming competition. The paint scheme was designed by office staff and won a competition by the coach magazine CBW it was judged at the UK coach rally to be a winner returning with two trophies and of course many a turned head. During 1999 Maynes passed accreditation to the industries flagship quality scheme “Coach Marque” being the first and for a long time only member to pass the audit programme in Scotland. The fleet profile continued to change mainly to Volvo and Scania coaches with Dennis coaches in the minority with the work now undertaken requiring a stronger workhorse.

By 1987 Bedford and Ford had both ceased manufacturing bus and coach chassis, leaving the market to the heavyweight builders such as Leyland, DAF, Volvo and Scania. Although manufacturing excellent products these were considerably more expensive than Bedfords. Dennis, whose name was synonymous with fire engines and refuse vehicles, had ceased bus chassis manufacture during the fifties. Recognising a demand for a non-heavyweight chassis they re-entered the bus market with a new medium weight "Javelin" chassis. From 1988 to 1999 Maynes would acquire 31 new Dennis Javelin coaches, with coachwork by Duple, Plaxton and Berkhof. As is normal practice new vehicles are kept for around two to three years.

Smaller capacity vehicles were also regularly replaced, with the emphasis on coach-derived vehicles rather than van derived minibus conversions. Typical of recent deliveries were Autobus Classique bodied Mercedes Benz 814D’s and the well-appointed Caetano bodied Toyota’s. The most unusual purchase during that period was a vintage Duple bodied Bedford OB coach identical to the first vehicle purchased in 1947. The vehicle has been fully restored and is available for private hire services.

Attention has also given to the registration number of all new vehicles. During the seventies and eighties new vehicles usually carried the Banffshire "SE" mark with double or triple numbers such as LSE 444P, VSE 66X, A999B5E etc. During the nineties however the "SE" mark gave way to such numbers as H1O BCK and J20 BCK (BCK being the registration on the local fishing fleet), J20 DJM and P500 GSM (both representing family names).

During 1992, with a fleet of around twenty vehicles, it became apparent that the Cluny Lane premises were totally inadequate. Around this time the "For Sale" signs were erected on the former Alexanders garage in East Cathcart Street which had been put on the market by Stagecoach who were considering a move to a new yard on the Marchmont Industrial Estate. Despite discussions with Stagecoach on the possibility of sharing the garage facilities it was decided to remain at Cluny Lane. The East Cathcart garage has since been demolished and replaced with a supermarket. In 1993 however the former lamp factory warehouse became available and following formal acquisition of the site the business was transferred to the spacious depot towards the end of 1993. The original Cluny Lane garage is still owned and is occasionally used for storing delicensed vehicles. 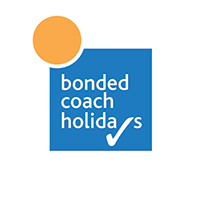